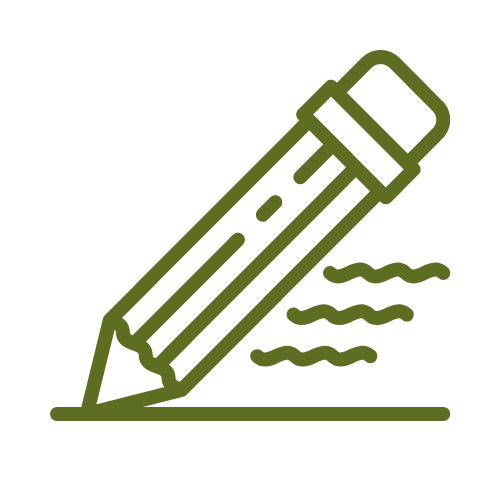 A cliché is a tired, stale phrase or idiom that, because of overuse, has lost its impact. What was once a fresh way of looking at something has become a weak prop for writing that feels unimaginative and dull. Clichés are what you write when you don’t have the energy or inspiration to think of a new way to express an idea.

George Orwell in his Rules of Writing said: “Never use a metaphor, simile, or other figure of speech which you are used to seeing in print.” Be creative and come up with something fresh. A new analogy or metaphor will make much more of an impression on your readers than a dusty old cliché.

Sometimes clichés are so inherent in our vernacular though that they appear in our content without thought. How many times have you relied on any of the following phrases, whether in conversations or in your writing:

How to Find The Clichés That Have Crept into Your Writing

So how can you tell when you’re using a cliché? One method is to slowly read your work out loud and try to develop mental pictures of your content. Are your points specific and clear, or do some ideas appear vague? If so, you might have used a cliché.

Another technique is to analyze each sentence to see if what you wrote is likely to have appeared in anyone else’s work. Since no one has the same experiences as you, your work should express your unique voice and your individual thoughts. And sometimes we resort to clichés when we haven’t researched our subjects thoroughly enough to be original.

Since there’s a great deal of confusion over irony, we thought we’d go to the New Oxford American Dictionary for help. Here are their three definitions:

“The expression of one’s meaning by using language that normally signifies the opposite, typically for humorous or emphatic effect.”

“A state of affairs or an event that seems deliberately contrary to what one expects and is often amusing as a result.”

“A literary technique, originally used in Greek tragedy, by which the full significance of a character’s words or actions are clear to the audience or reader although unknown to the character.”

These three definitions correspond to three types of irony: verbal, situational, and dramatic.

WHAT IS VERBAL IRONY?

As the name implies, verbal irony is often a form of wordplay. As explained by our first definition, it’s an idea expressed in a manner that contradicts the intended message.

The classic animated TV series “The Simpsons” uses verbal irony regularly. For example, when Homer is accepted into Springfield University, he chants, “I am so smart! I am so smart! S-M-R-T! I am so smart!” Homer is claiming to be smart while simultaneously misspelling a simple word, therefore proving he’s not especially intelligent.

When your character says something that completely contradicts their meaning, it’s probably verbal irony.

WHAT IS SITUATIONAL IRONY?

As we see in our second definition, this form of irony is all about subverting expectations. For writers, it’s often best used when you engineer a situation that contradicts the outcome your readers expect.

For example, imagine a firefighter smoking a cigarette on his break. He flicks the cigarette away without stomping it out, which ignites a nearby drapery and starts a fire. This is situational irony because the firefighter is supposed to put out fires, yet here he’s starting one.

The Roald Dahl short story “Lamb to the Slaughter” presents an excellent example of situational irony (spoiler alert for those who haven’t read it). It’s a pretty simple story: A wife kills her husband with a frozen leg of lamb. When detectives arrive to investigate, she cooks the lamb and feeds it to them for dinner, thereby disposing of the murder weapon and getting away with the crime.

The situational irony, of course, is that the detectives unknowingly dispose of the very murder weapon they’re supposed to find. As mentioned in our second definition, this brings an amusing conclusion to the story.

What is Dramatic Irony?
As noted in our third definition, dramatic irony has existed since the days of the Ancient Greeks, perhaps most notably with Sophocles’s Oedipus Rex: Oedipus’s efforts to prevent his prophecy from coming true only bring him closer to his fate. When the audience knows something the characters don’t, it often creates dramatic irony.

For another example from theater, take William Shakespeare’s “Romeo and Juliet”. In the final scene, Romeo believes Juliet is dead. To join her in the afterlife, he drinks poison. The audience, however, knows Juliet isn’t really dead. They saw the scene where Friar Laurence gave her a potion that would only make her appear to be dead. Romeo dies just before Juliet awakens, creating one of the most poignant moments of dramatic irony in literature.

When set up well, this type of irony elicits a visceral response in your audience. Imagine all the people who must’ve shouted, “Don’t do it! She’s not dead!” as Romeo raised the poison to his lips.

At their most basic level, sentences have a subject and a predicate. In a mixed construction sentence, the predicate doesn’t match the subject.

Examples of Mixed Constructions
Let’s take a look at an example:

The construction of this sentence doesn’t make sense. It starts off looking like it will follow one grammatical direction, but ends up in an entirely different (and incorrect) place.

Here’s how you could fix it:

Parallelism is when two or more phrases or clauses have a similar grammatical structure. While the concept may sound tricky, it’s actually quite easy to execute… and makes your writing easy to read when done correctly!

Let’s take a look at an example of parallelism done incorrectly, then break down what needs to happen for it to be fixed:

Taking out does not follow the same structure as the other parts of the list, so the above sentence does not demonstrate proper parallel structure.

At their most basic level, sentences have a subject and a predicate. In a mixed construction sentence, the predicate doesn’t match the subject.

Let’s take a look at that in practice:

The predicate require a lot of editing relates to manuscripts, not to writers.

Here are two correct ways to re-write that sentence:

In essence, parallelism is about using repetition and rhythm to emphasize your ideas. It makes your sentences flow and roll off your readers’ tongues easily and concisely. Look at the following sentences.

You can see from the above examples that parallelism uses the same sentence constructs like nouns, verbs, adjectives, etc. for their rhythm and repetition. One of the most famous uses of this device in literature is the opening sentence of Charles Dickens’s A Tale of Two Cities.

Parallelism in English
Beyond literature, however, parallelism makes your content and copy resonate with readers. For examples of what not to do, consider how the following examples jar your comprehension.

Whoa, some of these are incredibly jarring. Can you spot why?

In the first example, the sentence uses prepositional phrases starting with “to” and a verb, except for the last phrase which throws the reader off rhythm. The second sentence is very similar because it uses “-ing” verbs in the series, only to finish with a “be” verb different from the rest. Finally, the last sentence uses “-ing” verbs to project action but finishes up with a passive verb, which is like fingernails on the proverbial chalkboard.

This resume can easily be made parallel by fixing the leading verbs, maintaining the same tense throughout:

Passive voice is one of the most polarizing bad writing habits out there. Many self-proclaimed grammar snobs consider passive voice to be incorrect.

What’s the difference between active and passive voice?

There are a few scenarios when passive voice is best.

Like most writing rules, there are exceptions! Let’s take a quick look at when passive voice works best.

1) When the doer of the action is unknown.

In the above instance, we don’t know who robbed the bank.

2) When the doer of the action is irrelevant.

In this case, we are not concerned with who built the Empire State Building.

3) Your focus is on the object, rather than the subject.

4) When you want to be deliberately vague about responsibility.

Unless your sentence falls into one of those four categories, there is a good chance that you can improve clarity by rewriting.

A few more examples of changing passive to active voice.

How do I know if I need to rewrite a flagged sentence?

Here are some questions to ask yourself when considering whether or not to rework the passive voice sentences:

If the answer is “yes” to either of these questions, you’ll likely want to change the sentence from passive to active voice.

If the answer is “yes” to either of these questions, you may want to leave your sentence in the passive voice.

They” is most often used as third-person plural pronoun. However, they can also be used to refer to a single something without a specific gender (as can the possessive, objective, and reflective forms of they: their, them, and themselves).

When you use they to refer to a single something, it’s called the “singular they”.

Here’s an example of how it works:

In the above example, “movie star” doesn’t have a specific gender, so using the possessive form of “singular they” works because gender doesn’t affect the sentiment.

Many people also use the “singular they” if they are gender non-conforming, non-binary, or simply don’t identify as either a man or a woman. In any of those instances, “singular they” (and its forms) are used to refer to a single person.